Anna Eifert is one of the new OneMind Dogs coaches who are participating the year long OneMind Dogs Coach Pilot. This Hungarian hardcore agility athlete dreams of running her Bull Terrier Dú at the FCI World Championships - and winning the champion title! 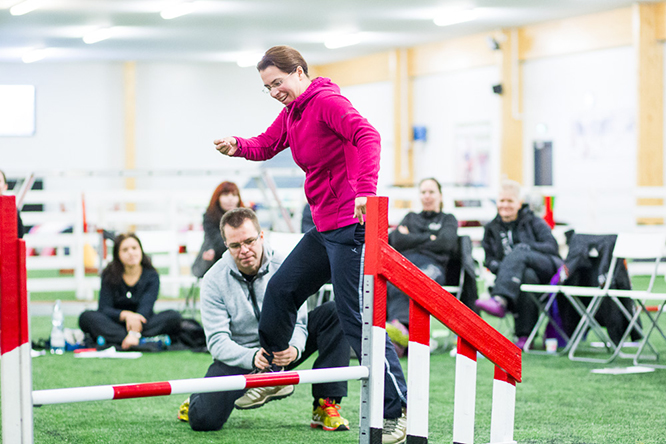 In January 2015 Anna and about twenty other world-class agility athletes traveled to Finland to kick off the year long OneMind Dogs Coach Pilot. Anna is excited about being part of the programme:

“I would have been crazy not to join! Learning from the best of the world, sharing ideas about agility – just perfect for me! It’s like a university for agility trainers.”

“We organized the Hungarian Open in 2009 in Hungary, together with the World Championship judges. We invited the best agility competitors from the world, offered free accommodation, food and entry. We invited Janita Leinonen and Jaakko Suoknuuti too. Next year Jaakko held a seminar in Hungary. The timing was just perfect for me! I felt at the time I knew almost everything about agility, but I had some issues too. For example I didn’t like the post turn, but I didn’t know how to replace it. Also I saw new techniques in Germany, which didn’t make any sense for me because of the opposite hand. Jaakko came and taught us the Jaakko Turn and the German Turn, and showed us there are still a lot of interesting things in agility to learn. I like to learn!”

Anna works as a full-time agility trainer in her own company in Hungary. Agility has been part of her life for 15 years and she also has a sports background in amateur gymnastics. We think she fits in well to the OneMind Dogs coach team and that’s no surprise as this is what she thinks all good coaches have in common:

“They are patient, they are passionate to teach, help and share knowledge. They are flexible. They can explain very well. They can motivate. They love dogs. They are positive. And they have a great sense of humor.”

Anna has two dogs, 11 years old Border Collie Nevian and 3,5 years old Miniature Bull Terrier Dú. One of her best agility memories is from her and Nevian’s first World Championships in 2006:

“It feels like it happened yesterday. Looking up to the display after we finished the agility run, it was clean. Remembering that unrepeatable moment still make my flesh crawl as the Hungarian fans were running down to celebrate, wading through poor Swiss fans!” 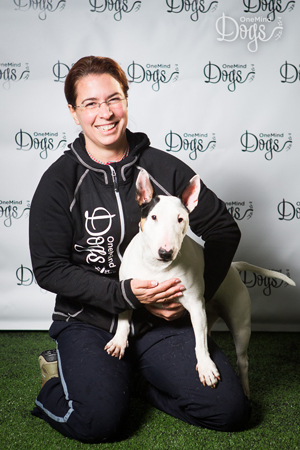 Anna is aiming to repeat those special moments with Dú and has a lot of other goals set on her continuing agility journey. OneMind Dogs Method enables her to chase her dreams as it works with all kinds of dogs.

Find out more about Anna: