My name is Hannah Eskow. My OneMind Dogs journey started in January of 2015, when I discovered there was going to be a OneMind Dogs Camp in Canada for the first time! As a dog trainer teaching both obedience and agility, I immediately knew I needed to go and bring back this amazing system to my students. 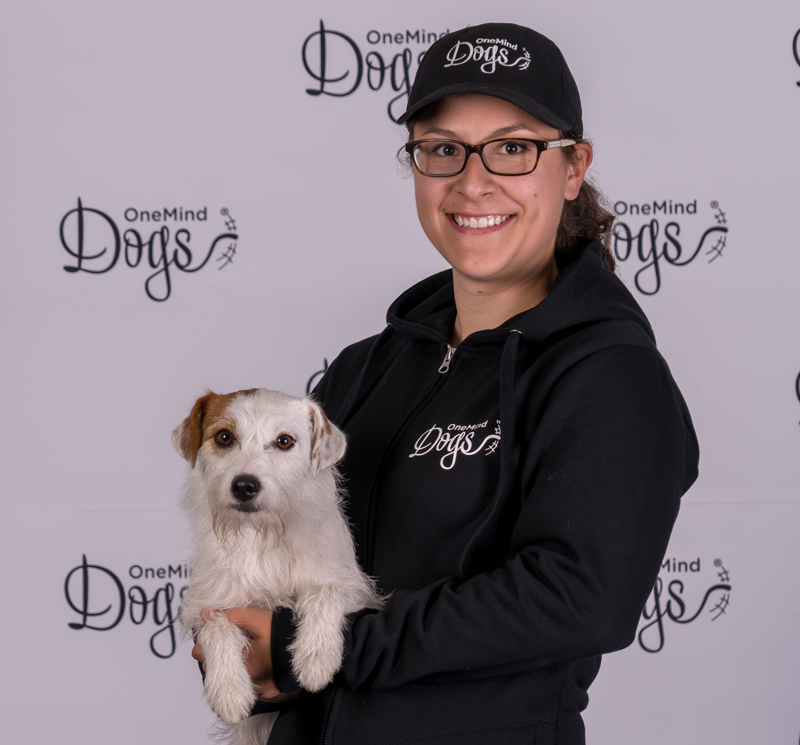 OneMind Dogs Journey of a Lifetime

I spent June of 2016 in Finland staying with the CEO of OneMind Dogs, Noora Keskievari. How did this happen? Well believe it or not, we are not long lost sisters! At least, people at my first OneMind Dogs Camp seemed to think so! This is how it happened: My OneMind Dogs journey started in January of 2015, when I discovered there was going to be a OneMind Dogs Camp in Canada for the first time! As a dog trainer teaching both obedience and agility, I immediately knew I needed to go and bring back this amazing system to my students. I originally was only able to get an auditing spot, but a few months before the event I was offered a working spot which I excitedly accepted.

While at the seminar I met many incredible coaches including Canadian Coach Kayl McCann and Finnish Coaches Timo and Tuulia Liuhto, Mikko Aaltonen, Mari Kaplas, Jenni Leino and of course Noora Keskievari. Noora and I developed a fast connection over our love for crazy Parson/Jack Russell Terriers and the fact that everyone thought we looked alike! We kept in touch and in April of 2016 she invited me to spend a month in Finland! How could I refuse?

After a nearly 20 hour journey from Western Canada to Finland, I was thrilled to see Noora’s face at the airport! She informed me my first night in Finland would consist of dinner with many of the Finnish coaches and OneMind Dogs office team. This was wonderful, except for the fact that I made us late to dinner because my 18 month old Jack Russell, Rizzo, played keep away in the yard and it took us half an hour to catch her. As we walked into the restaurant (late) with a large table full of many familiar and unfamiliar OneMind Dogs faces, I had the pleasure of explaining to Janita and Jaakko, whom I’d never met before, that I held up dinner because I couldn’t catch my dog, but yes, I am a dog trainer from Canada.

I was fortunate enough to visit at a time when the Australian OneMind Dogs Coach, Niki Drage, was in town and was also staying with Noora. Timo offered Niki and I a semi-private lesson and of course we accepted the opportunity excitedly. It was amazing to say the least. Just being in the OneMind Dogs Arena was exciting, but to actually have one on one coaching time with Timo? Incredible!

We then watched one of Timo’s classes in which he instructed in Finnish. The funny thing when you surround yourself with a system based largely on non-verbal cues, is that watching Timo instruct in Finnish (which I know about 3 words of at this point in the trip) was very similar to watching in English. Through his demonstrations we completely understood the mistakes the students had made and how to rectify them. 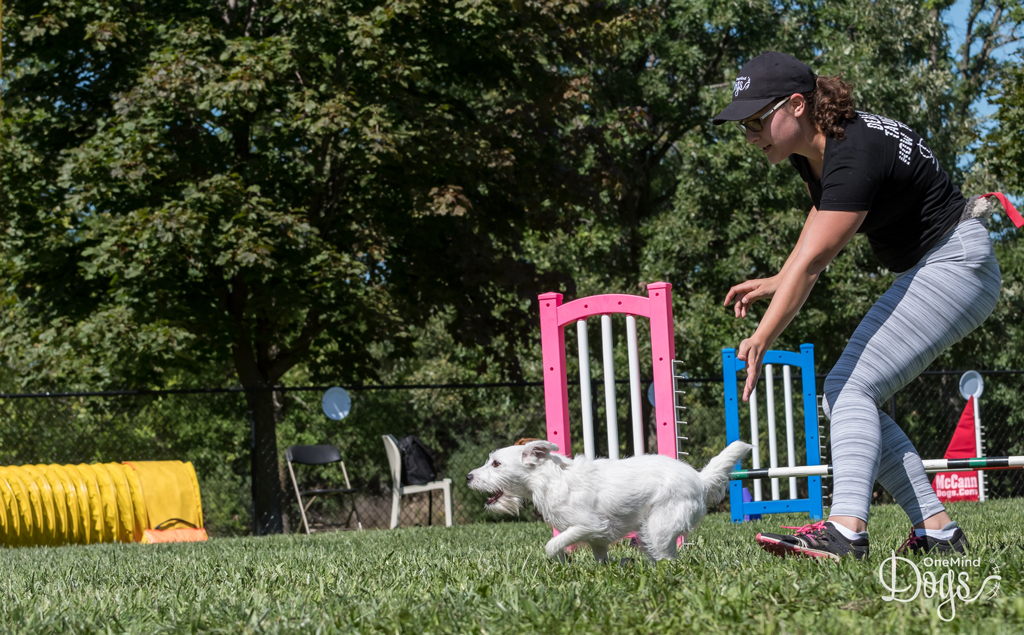 That weekend Niki and I were lucky enough to attend a day of a local trial. The energy was incredible and nothing like our competitions back home. It was supportive yet competitive and overall exhilarating even just to watch. If you are one of those people like I am, who watch your agility idols on the internet running courses and get chills from a good run, you can imagine the feeling of seeing them compete in person!

The best part about watching this competition was that you realized even the pros make mistakes. No one is perfect, but they take it in stride. There is a lot to be said about learning from your mistakes, but to actually live by these words is something that I believe the OneMind Dogs Coaches wholeheartedly do. It was inspiring to discuss their clean runs as well as their faulted runs to hear what their plan of action was to fix a problem that occurred. All too often I think agility competitors are quick to make excuses rather than action plans. We could all take a note from the Finns and work with our dogs to improve our connection rather than excuse mistakes and place blame elsewhere.

Read part two of Hannah’s blog post, to find out how she and her cheeky Jack Russell Rizzo got to practice agility together with OneMind Dogs Coaches and their dogs.