Kayl McCann is a professional Dog Trainer & a talented handler from Canada. Read her blog post about her thoughts on agility, training and why she wanted to join the OneMind Dogs Team!

My Attraction to the OneMind Dogs Method

First a bit about me: I am professional dog trainer from Flamborough, Ontario in Canada. I have been training dogs and competing since I was seven years old. My family owns a large dog training business that I have grown up being involved in. I have been competing internationally since 2004, and have had several dogs on Team Canada each year. I have always done well with my dogs, but as a fierce competitor and an active dog trainer – I’m always on the lookout to find ways to continue progressing in this amazing sport. 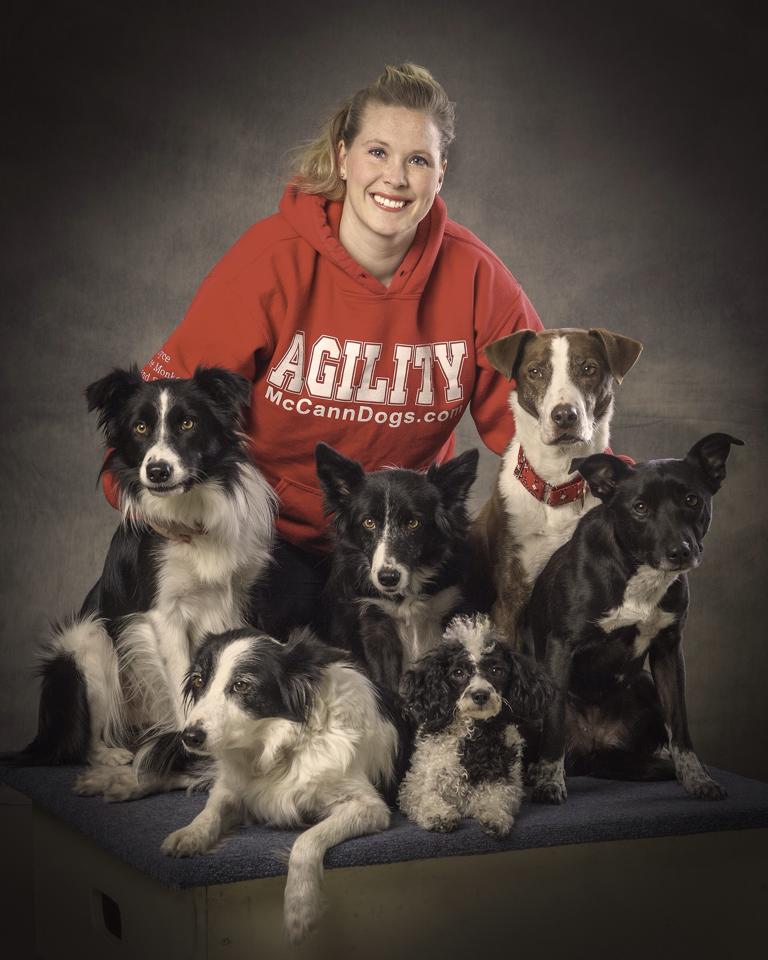 Two years ago I attended an agility seminar in Pennsylvania where I met Jaakko and Janita. I will be honest, I didn’t know who they were or what their training was about. My father had told me that both J&J had been very successful handlers in Europe. I am always open to learning, so I thought I would attend and see what they were all about. I brought my two experienced agility dogs as well as my 6 month old Border Collie puppy “Grand Slam.”

The first night of the seminar was a lecture. They told us of their method and ways of teaching young dogs to learn and do agility. Within five minutes I suddenly realized that their idea of how to train a dog was just like mine! I listened so intently and madly wrote down as many notes as I could. I remember leaving the lecture that night and feeling so excited for the following days of the seminar.

I was drawn to the attention to detail in this method. I have dogs that are very fast, including one that’s fast AND inflexible.  I knew that it was important for me to give them information on course as early as I could. With the details that J&J showed me, I saw instant results in my already seasoned dogs. My dog Funkee Monkee was fast but would lose time on collected turns – the change in our course running has been incredible!

What really got me hooked though, was when Janita asked me if she could use my 6 month old dog, Grand Slam, to demonstrate some of the techniques. I chuckled and said “He doesn’t know much yet, but go right ahead.”  Janita and Slam proceeded to show us technique after technique with no hesitations or mistakes. Everything was based on natural cues from the handlers that the dogs just understand!  I was amazed that something could be so simple and clear for my young dog.

I had a wonderful experience at the seminar and learned so much. I was also impressed with Janita and Jaakko’s attitudes. They are such lovely people and so willing to share their knowledge of the sport. I decided to stay for the rest of the seminar to audit the following days. I was able to pick up the terms and techniques much better after this. At times, I felt like Jaakko’s shadow.  It got to the point, where he would ask me if I saw what the handlers were doing right or wrong. I really appreciated the time he took to help me to understand his method. 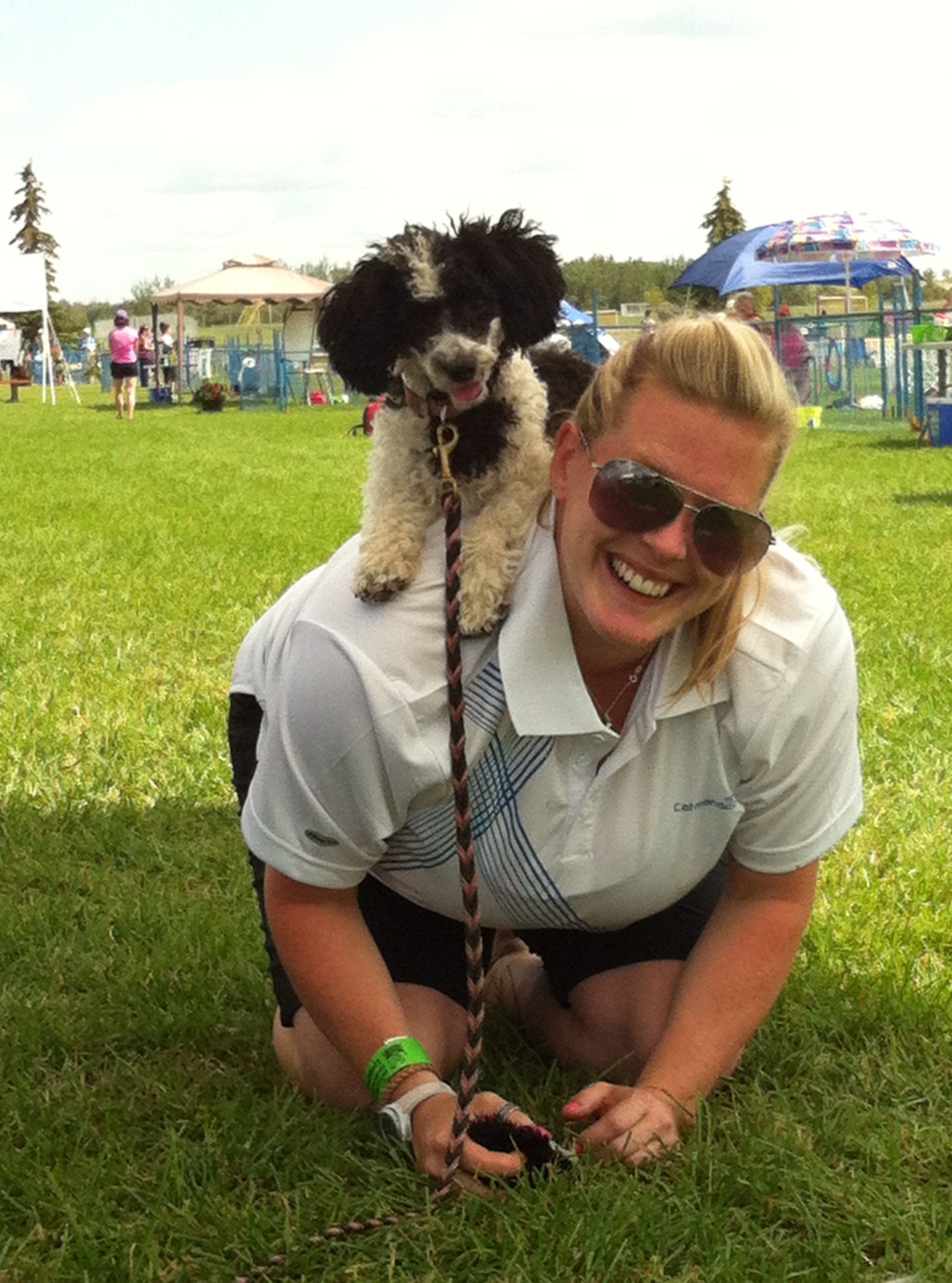 As I left the seminar – I said I wanted to move to Finland so I could totally embrace this style of handling.  A few months later I was on a plane to visit J&J. Visiting Finland was a wonderful experience.  I was really starting to get a grasp on the techniques and where to utilize them on course. I have continued to study the method intensely with their guidance since then.

Two years later, I am so happy with my agility career. I have never had so much fun teaching classes and seminars. I’ve been competing in agility for over 20 years and I’m feeling more excited about the sport then ever before.  I was already a fairly successful handler and trainer – but what is so cool is that see myself improving! My dogs are running more clear rounds, I’m feeling calmer and more efficient on course as a handler, and the icing on top is that I’m getting faster times!

I am totally hooked on OneMind Dogs and I believe it’s one of best handling styles offered today. As an instructor of this method, I have seen these techniques allow people of all shapes and sizes, and dogs of all abilities and sizes to gain success in agility within a very short amount of time. OneMind Dogs has carefully thought out the natural cues for our dogs that they just understand. I’m very excited to be on board with the OneMind Dogs team and ready for what the future holds in the sport of agility!

Do you want to learn more about OneMind Dogs method?
Go Premium!