In the spotlight with Jaakko Suoknuuti

Jaakko Suoknuuti sees agility as art, created by the handler and dog in unison. At its best, agility looks so easy from the outside that it seems like the team thinks as one. Jaakko is one of the most successful agility handlers in Finland - so what's the secret behind his success?

In his training sessions, Jaakko's passion is shared with both the dog and the handler. He has an ability to trigger debates and conversations which lead to breakthroughs in understanding among the students. Jaakko is one of the most successful agility handlers in Finland - so what's the secret behind his success?

Many people have their first experience with agility through their friends, or are simply curious to see a training session. Before they know it, they are out on the field with their dog. This was the case with Jaakko. When he started agility with his Havanese Bianca in 2001, he didn´t expect that it would become such a fundamental part of his life. With Bianca, he learned a lot about how to motivate a dog, and he managed to train her up as a skilled agility dog with the right attitude.

Destiny must have been involved when Jaakko was searching for agility training courses for him and Bianca. One particular website caught his attention – that run by his future partner, OneMind Dogs trainer Janita Leinonen. Jaakko was fascinated by Janita’s Border Collie, Ludde. Something in the photos drew Jaakko to the dog and Jaakko knew intuitively that he wanted to own one of Ludde's puppies.

Jaakko contacted Janita and explained that he wanted to have one of Ludde's puppies so that he could train a world champion. Janita was impressed by Jaakko's self-possession, but before agreeing with this confident stranger she wanted to check him out and make sure he was the right owner for one of the puppies. She wanted to see if Jaakko was able to handle her deaf dog, Tekla. Jaakko passed “the test” and Janita agreed to sell him a new puppy, Zen. Neither Jaakko nor Janita knew then, that they would end up making a life together...

What sparked your passion for agility?

"Janita - one of the agility pioneers and her training has inspired many handlers. She has an incredible ability to read dogs – she must be at least a quarter dog herself!

Janita always explains different techniques thoroughly so that everyone can understand why something is done in a certain way. Students always ask: “Why hasn´t anybody told me this before?” Janita's training sessions opened up a whole new world for me and I am still on that path.

It’s obvious that Janita has had amazing influence on me, but I have to add my dogs Zen, Chi and Dao, who are the most important source of inspiration for my agility!"

Jaakko aims to do everything he does thoroughly. This means he questions and analyzes his actions, to learn and improve. This is also why Janita's training methods suited him and inspired him to continue. 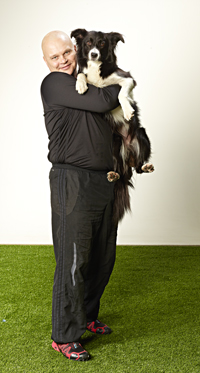 Jaakko's passion is to keep on learning about the cooperation between man and dog. He strives to find even better ways to communicate with a dog, and thinks dogs have great untapped potential, so constantly tries to find new chances and ideas with his dogs.

Zen is an exceptional dog, and has had a huge impact on Jaakko on a personal level and in his successful agility career. Standing at an agility starting line with Zen, Jaakko perceives the course as if looking through the dog's eyes. Zen is a never-ending source of inspiration and energy for Jaakko. Their cooperation is like magic;  seamless and united. It’s breathtaking for the audience to watch their performance.

As a trainer, Jaakko is calm and visionary. His goal is always to get students thinking of reaching for the next level, and to help them to understand their dogs better. They eagerly wait for their next training session, as there are always new revelations and ways to discover the dog's potential.

You are a talented agility course and training session designer. Where do you get all your ideas?

"Agility is a way of life for me. I catch ideas all the time from everywhere; I even wake up in the middle of the night to an idea and write it down for the next morning. I get inspiration from all things around agility: my dogs, my students and their dogs. Simply, there are no moments where you can't learn and observe new things.

As I believe that dog training and agility are like art; the same rules apply as when creating art - you cannot force things. You have to have joy and positive attitude in your own training, to create the atmosphere for achieving something new. When you are feeling a bit down or too stressed, it's better to skip the training altogether.

Many of the ideas and schemes for my training sessions come from my own activities. Zen is a source of inspiration as he will show me what is possible and then my role is to try to convey that to my students. I feel like I am Zen’s messenger. It may sound strange but that's how it is!

In my training sessions, my goal is for my students to discover new things about their dog and also themselves. Another important element is to increase trust, both with the handlers themselves and towards their dog.  Trust is a key element when developing the cooperation between owner and dog to a better level.

People often tend to underestimate their dog as a partner and don't explore all the things they could do with their dog.  As a trainer, I seek to open handlers’ minds to understand their dogs' different abilities."

"I think agility will diverge into different levels according to different skills and goals, just like any other sport. As everyone has their own personal goals, it is sensible to support development with different competition levels.

I hope the cooperation between dog and handler continues to improve. Judges can do their part by creating creative courses. This gives the dog and handler the opportunity to show their real mettle."

What is one specific revelation which has changed the way you think or which you feel is important in agility?

"I think the most important thing is to improve the understanding of how to communicate with the dog. It's crucial to learn to understand the dog's point of view and the signals they give which are completely natural to them."

The most rewarding thing in training for Jaakko is when he can make someone think in a whole new way. The most pleasant experiences are those where the student realizes what could be done better and why, thereby improving the performance of the handler and the dog. Jaakko points out that it's hard to solve a problem or do things better, if you don't understand the mistakes you're making.

What is your best moment in your agility career?

"There are numerous highlights in my agility career both as competitor and coach. If I would have to name just one, my best moment as a competitor was winning the World Championship 2008 jumping course. During that same competition, I actually had my best and worst moment of my agility career, as we failed the final course in another series. I just couldn't believe it would happen to us! (At the end Zen approached the wrong obstacle). I was so sure that we would win that course. I had so much confidence both in myself and my dog. The failure was an absolute shock for me and it took a couple of years for me to get over it.

As a coach I've had several great moments: when my students have started to understand their dog in a whole new way; and when they have done well in competitions.  The latest success story was when my student Raisa Vähätalo won the Finnish Championship in 2013 with her Border Collie Repo. Only a year earlier Raisa had signed up for my course, wishing that Repo would “get some speed up”. Throughout the long and dark Finnish winter, Raisa drove hundreds of kilometers to participate in my training sessions.  With the help of this great attitude and hard work Raisa reached her goal and they quickly became the top dog/handler team in Finland!  It still feels great remembering the moment when they won the Finnish Championship."

What has been the greatest challenge in your agility career and how have you solved it? 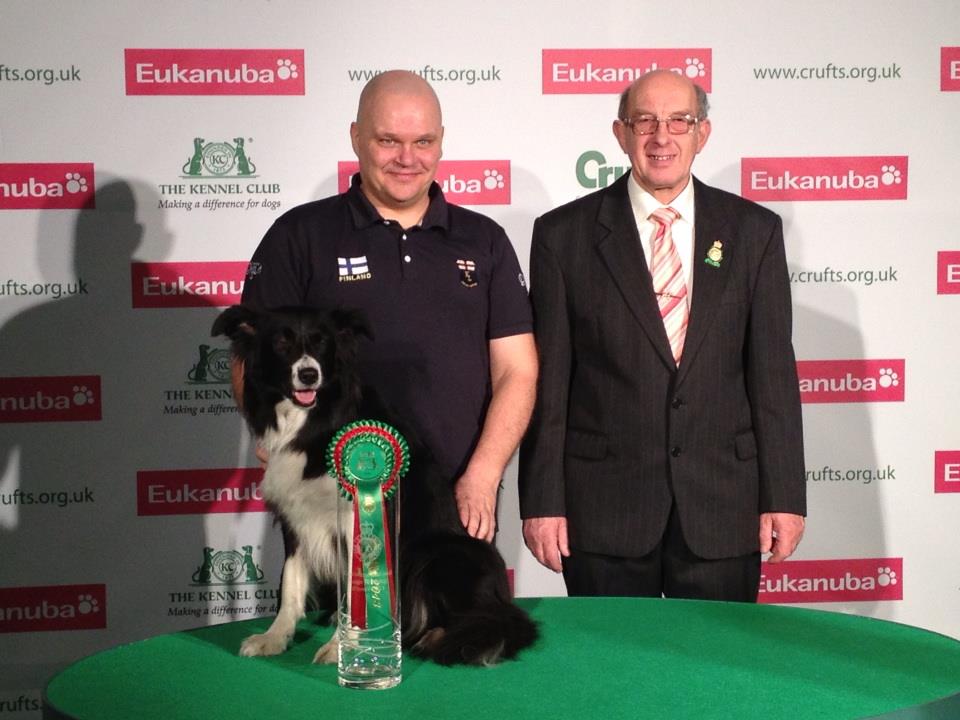 "My utmost challenge is to understand that my dog Zen is one of a kind - there is no other Zen. When training with my new dogs it's always a challenge to realize they are not a copy of the old one. With them, you always have to start from the beginning and you can't take anything for granted. Every dog is an individual; they all have their strengths and weaknesses, and they all have their own personal character. Don’t get me wrong, that's a great thing, but sometimes it gets me that Zen is not going to be with me forever. It hits me especially now as I'm training with THE dog of my life."

What would you say to beginners?

"Start agility with an open mind and do not set any limits to either yourself or your dog. Doing so will limit your development. Also don't listen to anyone telling you that you either you or your dog isn't capable of practicing agility. Just trust yourself and give it a shot!"

What's the best advice you've ever had?

"When Janita promised me that I could pick any puppy from Ludde's litter, I made my choice. I quickly got attached to the puppy as I was visiting every day. Only the day before I was due to collect it, Janita recommended me to change to another one, Zen. I trusted her and have not regretted it since. Zen is the dog of my life. Pretty good advice, eh?"

What would you say to yourself, if you were a kid right now?

"Get a dog now, and start to practice agility with it."

Do you have a saying or a motto?

"No Limits! - that's my motto. I believe that there's always something new and exciting to discover when you dare to step out of your comfort zone. If you always carry things the same way, nothing will ever change and you can't create anything new!