The weekend is a mix of fancy clothes party, carnival spirit and serious competitiveness. Dressed up teams compete to win the Agirotu relay championships and everyone has the change to pursue the Finnish Open Championship title.

Agirotu, which means ”agility breed”, is the oldest and biggest agility event in Finland. The event has been around almost as many years as us Finns have known agility. The first Agirotu agility carnival was organised in 1993 in Jyväskylä, and the first Finnish Open Championsips event was organised in 1994 in Kuopio.

This summer agility people gather together in Janakkala, Southern Finland. There will be more than 2500 exciting starts during the two days in official agility competitions, Finnish Open and team competitions. In practice that means different people and dogs will be competing on four to five different agility courses at one time. Quite a carnival for the organisers!

Finnish Open Championships are a valued competition amongst Finnish agility enthusiasts. Basically anyone will have the chance to become the Finnish Open Champion as the best dogs from all three classes will qualify for the final. In reality the winners have been some of the top Finnish agility competitors, like our OneMind Dogs Coach Janita Leinonen and Border collie Hitti in 2010.

On Sunday everyone goes a little funny and breed-based teams dress up in fancy clothes. You guessed it – dogs as well as people! Best team theme is awarded by the weekend’s agility judges. People even compete in their silly outfits so the practicality of the dress must be taken into consideration if one hopes to win the relay championship title. This competition is suited for anyone as no-one can fail and your own breed team is there to support you all the way through. May the best breeds win!

If you’re not heading for Agirotu this year we think it’s time to write it down to your calendar for the next! 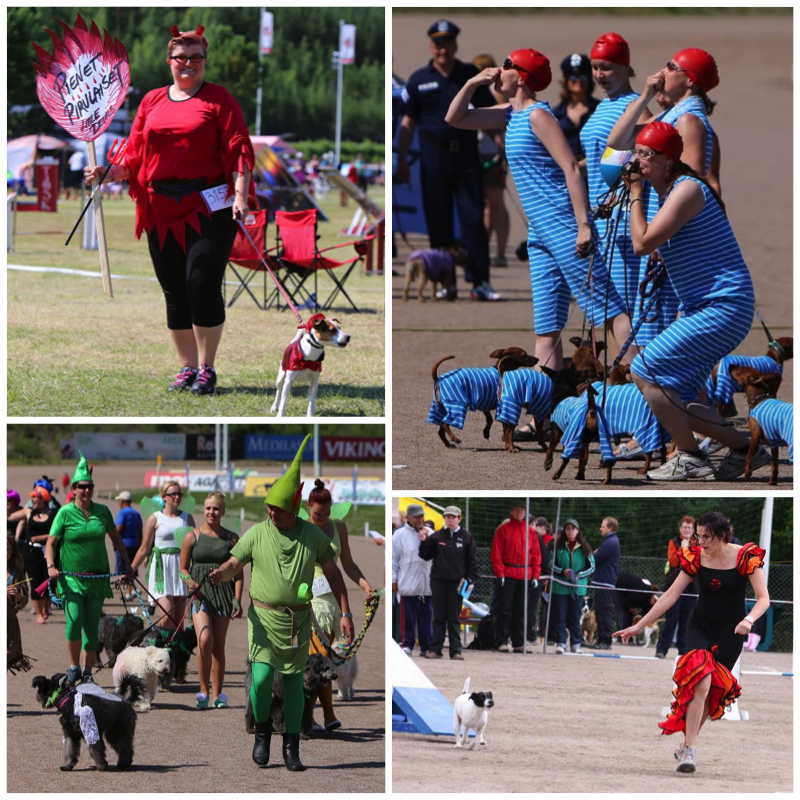