In the second post in this series, OneMind Dogs Coach and high level agility judge Nic Jones breaks down the Jumping course she designed for the 2018 Derbyshire Championship Show. If you haven’t already seen it, check out her analysis of the Agility course in Part 1! 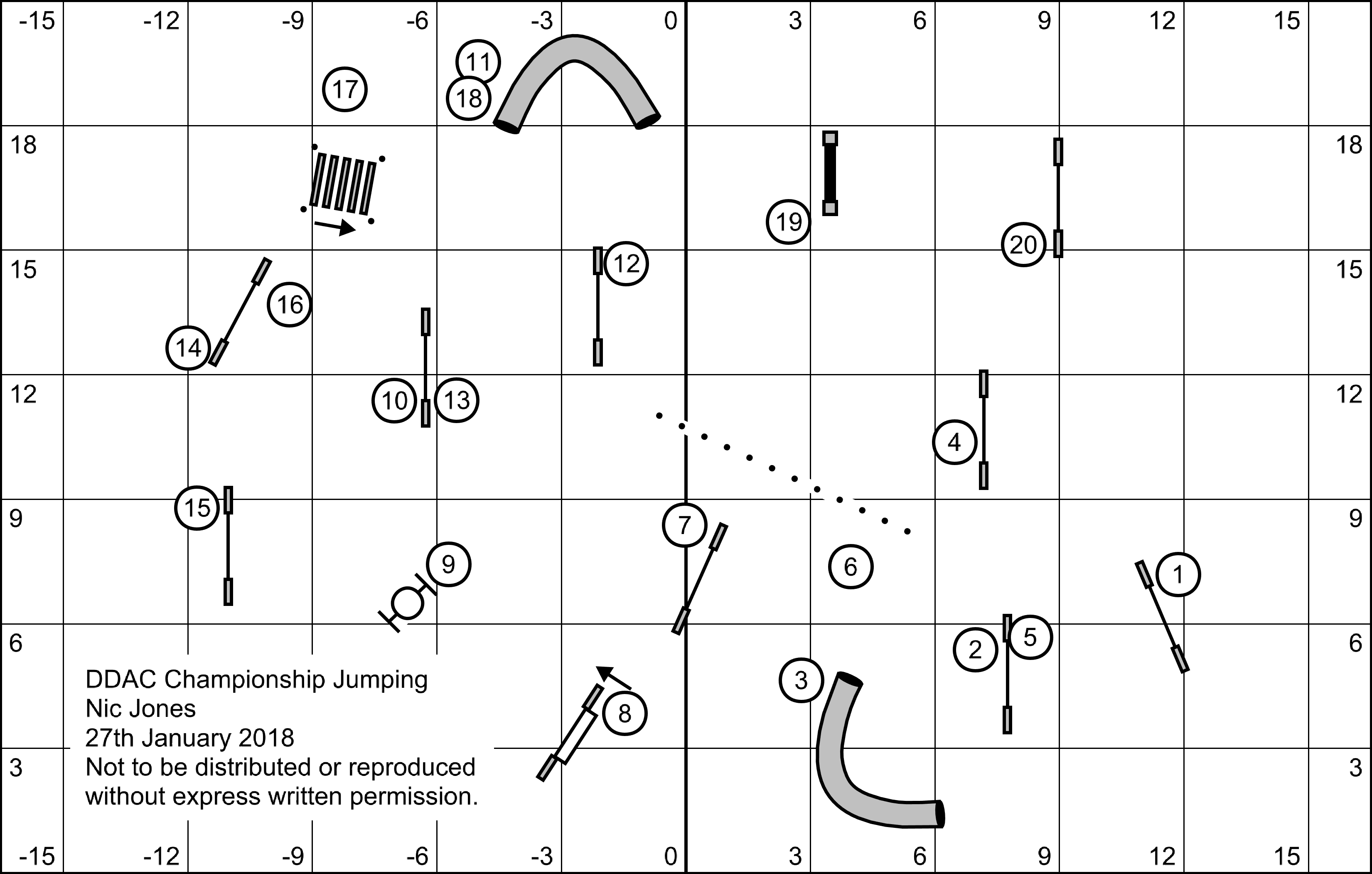 The jumping round was a big course with lots of jumping skills to test the dog, as well as that all important connection element which cost many handlers, 11 through to 14 in particular.

Technical Analysis of the Course

I had built it with a German Turn at #2 to bring the dog on left lead into the tunnel. Several handlers opted for a Forced Front Cross to a Front Cross around the right-hand wing. When asking them later they were avoiding a possible disqualification if the dog committed the tunnel rather than the left wing for the German Turn! If a dog is disqualified in either qualifying round they are not able to progress to the final round!

I was then testing the dog’s commitment to the handler to come past the weaves for #4. #8 asking the dog to jump a double on a slice was revealing, one dog actually jumped the back bar on a slice by coming between the front and back wing! The bars were 5ft/1.5m bars so sufficient to allow a ’safe’ slice.

The line over #13 required a lead leg change if the handlers opted to go for Reverse Wrap on the left wing of #14, not all saw this requirement and either the bar came down at #13 or the dog zig zagged back to the intended path. One handler was able to make a Front Cross #13-#14 and then the dog sliced #14 from the right hand wing. A dog skill of landing in collection over a long jump was interesting! Most dogs coped well and were able to ‘run for home’.

You can find a printable course maps here:

Stay tuned for Nic’s analysis of the Final in part 3 of this Blog Series!